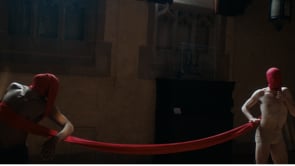 Lando Ameen's latest album 'Forest Collection' is available now! Detroit, MI—Lando Ameen’s brand new album "FOREST COLLECTION" was executively produced and written by Lando Ameen himself with additional production from producers such as Jusvibes, MerlexSkate, Tony Rexx, PR, Ashton “AC” Combs, and Marquis Rachad. Forest Collection was recorded in Atlanta, GA as well as Detroit, MI. This is Lando’s first full-length project to be released through all streaming services. Lando Ameen is an American rapper, singer music producer, and songwriter. Born in Detroit, Michigan, Lando began pursuing a career in music at an early age beginning in high school. In spring 2015, he was able to be apart of rapper Big Sean and Adidas collaboration to open a studio at his alma mater. In spring 2017, Lando relocated to Atlanta, Georgia and attended SAE Institute where he graduated and earned a degree in audio engineering.

Lando: I literally can't decide between Drake or Kanye West. Drake makes amazing music and Ye is the ultimate creative.

SD: What is a goal you have this year?

Lando: I want to get my music on some TV shows, maybe work on a soundtrack. I want to do a short film or mini-series. I would love to perform at a festival as well as open for someone this year. Travel overseas obviously.

SD: What inspires you?

Lando: Believing in the movement of time and knowing that all things change but it's up to us now to be the influence of that change. We often look at people like 2 pac, Kanye or Future as legends because they were able to influence a group of people enough to start new waves in hip hop. What inspires me is the idea that me or my peers could be the creators of the next wave.

SD: What keeps you up at night?

Lando: The thought that I might not be able to make this music thing work. I feel like every indie artist has had that thought at one point, and if they say they haven't their lying. The thought that maybe this really isn't for me and I might have to be a regular member of society (not saying its a bad thing). But it just sucks to not be able to work towards your dreams at 100%.

SD: How long have you been making music?

Lando: I've been making music since middle school but I really didn't start taking it seriously until I was a senior in high school.

SD: If tomorrow was the last day on earth what would you do today?

Lando: I would get drunk and listen to Snoh Aalegra for the rest of my life I guess.

Playing with color and texture